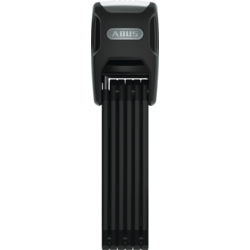 ABUS Bordo Alarm 6000A Folding Lock - 2020
$169.99
The first alarmed folding lock on the market. Something to make bike thieves think twice: as well as the ultra-safe mechanical features boasted by all of the folding locks in the ABUS BORDO range, the BORDO Alarm 6000A is the first folding lock anywhere in the world to sound an alarm (at a volume of 100dB) if it detects an attempted attack. It does so thanks to the smart 3D Position Detection sensors, which detect the smallest of movements in all three dimensions. The sensor technology incorporated into the BORDO Alarm 6000A can distinguish between picking attempts and the small vibrations which occur when the lock is connected, for example, or a football bounces nearby; in these situations, the lock will emit a small warning beep but will not sound a full alarm. Acoustic signals provide information on battery level and activity status. Technology: - 13/64" bars with extra-soft two-component casing to prevent damage to paintwork - The bars and body are made of specially hardened steel - Alarm at a volume of at least 100 dB for 20 seconds, followed by automatic reactivation - 3D Position Detection – detects vibrations and the smallest of movements in all three dimensions and triggers an alarm - Smart alarm – the lock only emits a small warning beep in the event of minor and brief vibrations, e.g. if a football bounces nearby - Acoustic signals provide information on battery level and activity status - Bars are linked with special rivets - ABUS Plus cylinder for maximum protection against attempted manipulation, e.g. picking Operation and use: - Great protection where there is a high risk of theft - Ideal for securing high-cost bicycles - The longer the chain, the easier it is to lock the bicycle to a fixed object 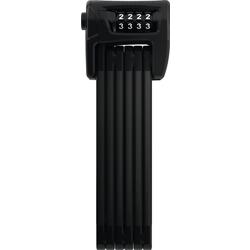 ABUS Bordo Combo 6100 without Bracket - 2020
$129.95
The ultimate in sturdiness and flexibility: find a reliable companion in the BORDO Combo 6100 Folding Lock, which uses a numerical code instead of a key. Do you need a bicycle lock which can be used by several people? The BORDO Combo 6100 Folding Lock saves you the effort of swapping keys around and trying to find out who had them last. The lock can be conveniently opened using a configurable four-digit numerical code instead of a key. The customary ABUS quality comes as standard: bike thieves don't stand a chance, regardless of whether the lock uses a numerical code or a key. - 5 mm bars with extra-soft two-component casing to prevent damage to the frame's paint - The bars and body are made of specially hardened steel - Bars are linked with special rivets - Two-component digit cylinder ensures long-lasting legibility of the numbers - Individually configurable code - Outstanding protection in situations where there is a medium risk of theft - Ideal for securing high-cost bicycles - Easy transport thanks to a practical bag - Length: 90cm 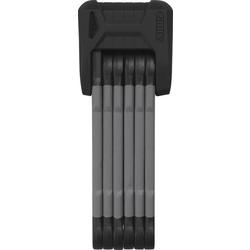 ABUS Bordo Granit X-Plus 6500 - 2020
$180.00
ABUS' innovative Bordo Granit X-Plus 6500 folding lock offers serious theft protection in a handy, compact package! Attach the slim case (included) to your frame, pedal away, and when you arrive at your destination, simply pull out your trusty Bordo, unfold it and enjoy the tough security of an ABUS lock! It's made from 5.5mm-thick hardened steel and boasts a soft silicone coating that's gentle on your bike's finish. And, the ABUS X-Plus key cylinder is tamper resistant, too. 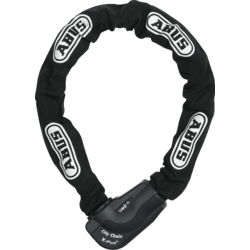 ABUS Granit City Chain XPlus 1060 - 2020
$189.99
The GRANIT CityChain XPlus by ABUS is the original for maximum theft protection. Your bike has never been this safe before! The seven test seals from different countries speak for themselves: the GRANIT CityChain XPlus from ABUS is among the most secure bicycle locks on the international market. This lock has been awarded security level 15, the highest ABUS security system level. The chain, body, and structural parts of the locking mechanism are manufactured from specially hardened steel and make theft considerably more difficult. Technologies - 10mm hexagonal chain with textile sleeve to protect against damage to the paintwork - ABUS Power Cell technology offers the highest level of protection against impacts and attempts to break the lock - ABUS Power Link technology enables the chain to be connected directly to the Power Cell - Interwoven coating of the lock body to protect against brutal methods of attack - The chain, the lock body and supporting elements of the locking mechanism are made of specially hardened steel - ABUS XPlus cylinder for the highest level of protection against tampering, e.g. picking - Cover to protect the keyhole from contamination Usage - Excellent protection where the risk of theft is high - Ideal for securing high-value bicycles - The longer the chain, the easier the bicycle can be locked to a fixed object
Page 1 of 1